A huge figure of Batman readies for action against four opponents in this Bronze Age Batman cover art by Ernie Chan. Despite the popularity of Batman and collector demand, vintage Batman art is quite scarce on the market and covers are especially tough to come by. Chan was a major producer on the Dark Knight throughout the Bronze Age, making this a great representative piece. This piece also features what has to be one of the largest Batman figures on any cover of the era, which makes it even more desirable.

Something else that makes this cover a very intriguing offering is what is written on the back. Incredibly, the provenance of this piece appears on the back as a handwritten story of two collectors crossing paths at a 1976 comic convention and bonding over their fondness for this cover art. The note documents their friendship and shared passion for original art, and establishes a “life estate” bonding both collectors in appreciation for this cover. This is a truly fascinating story from the early days of our hobby and shows the sort of pacts collectors set up to acquire (and retain) sought after items. Most notably, it is a story of one friend’s concern for another and a heart-felt gesture at a difficult time. The cover did eventually return to the original owner, who then later used it as part of another deal. But the written statement stands as a document to a special moment in the history of this piece. This art has an image area of approximately 10″ x 15″. 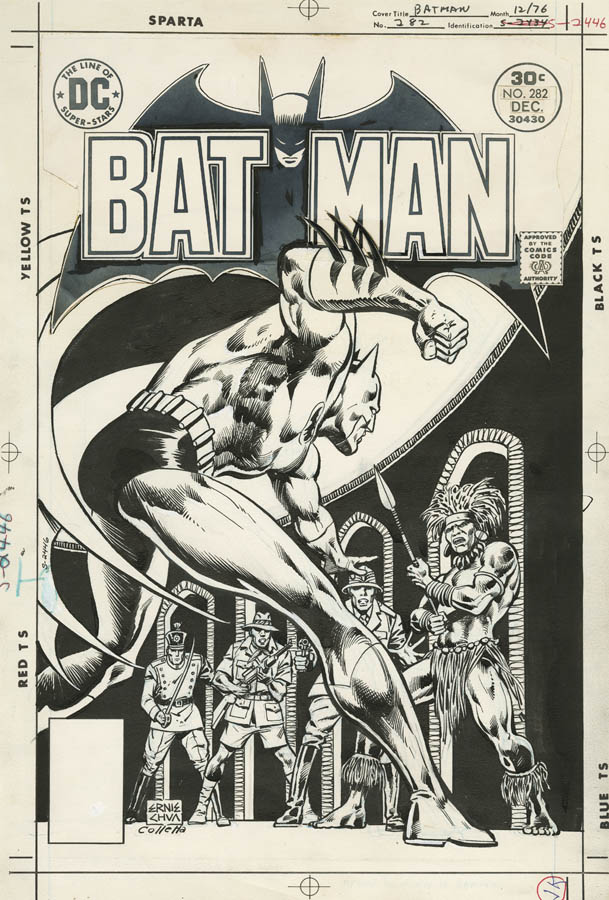 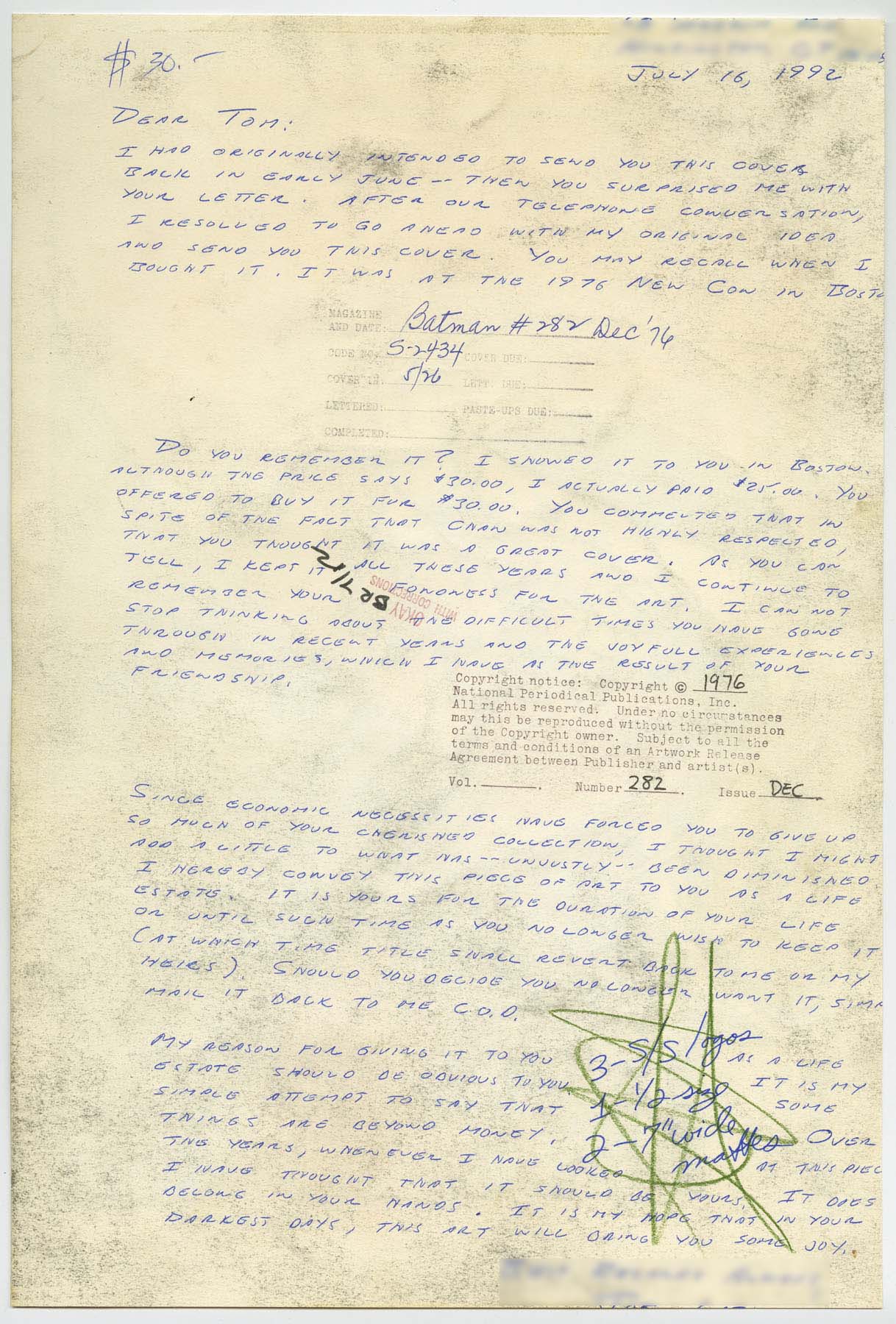 There are no reviews yet.

Be the first to review “Batman #282 Cover” Cancel reply