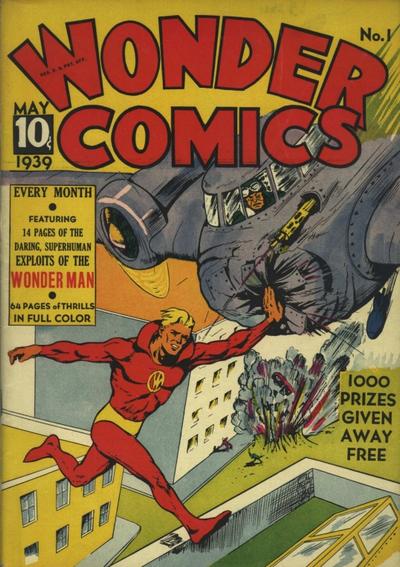 This is a very special book. The average layman will not recognize. But in the collecting community, this book is not only recognized but carry’s a special place in history. No he’s not Superman or even Batman but he is Wonder Man! Wonder Man, Fox’s very first published comic book, came out after Superman and at the same time as Batman. Publisher Victor Fox was immediately served with a lawsuit by DC(National Periodical) for infringement of their character Superman, forcing Fox to stop any future production of Wonder Man. This also set a precedent for a later lawsuit against Fawcett’s Captain Marvel. Therefore, this makes Wonder Man’s first and only appearance. This book is not only ranked in the top 50 most valuable Golden Age books but it is in the top 5 of the most scarce amongst them. This makes this book a very coveted and desirable book of the Golden Age. It features a spectacular cover by Will Eisner. It has withstood the test of time!